I was born into the hands of a Utahn dad and a Chilean mother and by the time my dad took his life I was the oldest of 3 and my mom was due to give birth to Betsy, the youngest of the family. It was a strange time that I’m sure a lot of people can relate to. A massively depressing life event. Around a year after our great lose, my mom’s sole source of income was shut down. The childcare business was abruptly closed because of some internal drama. Our family spiraled into the darkest time’s we have experienced as a close knit family. The only way we could survive was by focusing on ourselves and the ones we loved. We withdrew from school and all became very introverted.

I can picture far back into 9th grade. Imagine a tall, chubby, brown boy. Who has long hair and wears a black leather jacket at all times. My best friends could be counted on one hand and I rarely had the audacity to ask a question in class. During this time I was recruited by a Pre-college program called Upward-bound where they had us stay in the Weber State University Dorms for the summer. I had never played guitar, but had taught myself to become a proficient violinist and pianist and was determined to do the same with this new instrument. With the help of some friends I made that summer, I quickly started playing chords and making simple song structures. After this point the  sound of an acoustic guitar became a close friend of mine.

Now I’m in my senior  year of high school. It was sometime in October and while walking around in the hallways I had seen that the song “You and Me” by Lifehouse was going to our Senior Cotillion song. My eyes lit up, as this was the song I had mastered during the summer to play for a girl I had a massive crush on. I decided to audition, being far less introverted by now, but still very shy and needed a change.

I auditioned and was told that I would be the one to play in front of the 1500 students attending my school. I had played occasionally for friends and family and for Upward Bound friends, but never anything like this. I have around 10 songs or so created. They are rarely heard by anyone, but I had a small YouTube channel going. The only thing I would do to prepare for this was to blank my mind and sing.

My name is announced, that’s my que. I walk out on stage, the lights almost blinding me as I slowly navigate to the microphone and chair. I sit down and just sing my heart out. All the care in the world fades. I picture a story as I sing and didn’t miss a word. People pull out their phones to record and as I finish I see the entire auditorium stand as they applaud. I was instantly addicted to the feeling. I had never experienced a more fulfilling feeling. This was the day I decided to chase becoming a singer-songwriter.

To satisfy my love of music, I started playing shows around Utah, mostly in Ogden and Provo. I legitimately thought that if I played one or two shows a week I would eventually make a career out of singing. I thought that it would just be handed to me. I eventually landed a job as a clerical assistant for STARS talent studio that got me signed up as one of their platinum tier singers. The thing is they put me into modeling and acting classes and all I wanted was to book shows. I would eventually stop going to these classes because of the 40 minute drive. I was compensated for work through the acting and singing classes, but due to financial pressure I decided to get  job as a car salesman.

During my time as a car salesman I was given a call by the talent agency to a private audition for American Idol. I was faced with a risky decision. Leave my salary paying job? Or chase the once in a lifetime chance to fulfill my lifelong purpose. I decided to quit my job and attend the audition. I made it to the first televised round where I was told by J-lo to continue writing music and never give up, but think about my image and presentation. This did not waive my will to continue.

I set off on a new journey. One that would change me forever. I was left by the love of my life, and weighed 317 lbs. I had no job and no girlfriend. No money and no idea how to be a doer and take control of my downward spiral. I decided to take a shot at being a waterfront director where I would travel to California and try to play some shows on the weekends when off duty.

Taking charge of a waterfront is no easy task. I would be in charge of 90+ boy scouts swimming, canoeing, sailing and kayaking daily. The stress was extremely high and I would soon come to another life changing experience. One day while moving anchors, a 30 ft free dive into cold murky water. (Lake Huntington’s water levels would drop 1 vertical foot every few days because of the life saving water being pumped to Los Angeles.) While moving an anchor, which by now had become a routine, I dropped one of the anchors on my leg and fin. I was completely out of breath and fighting the urge to inhale water. Just like the stories, my life flashed before my eyes. I was overwhelmed by emotion. I thought my life to be short and worthless. That I had accomplished nothing and I realized I was living a life plagued by excuses and lack of direction. I did not truly understand the concept of real action and responsibility. I snapped out of who knows how long of day dreaming and lifted the anchor of my fin and leg and jetted upwards.

I broke the surface and swam back to the dock, pulled myself up and sat there watching the sunset. From then on, I decided that all I want in was happiness, like most others, but my happiness is fueled by music. I returned to Utah shortly after to enroll in a technical college studying Information Technology. I had realized that if I learned to code, I’d be able to control my music sales and promotion through my very own handmade website. And here I am now, working with a  great life mentor and Instructor to fulfill my dream of becoming a professional singer-songwriter.

You can find me in all the usual locations... 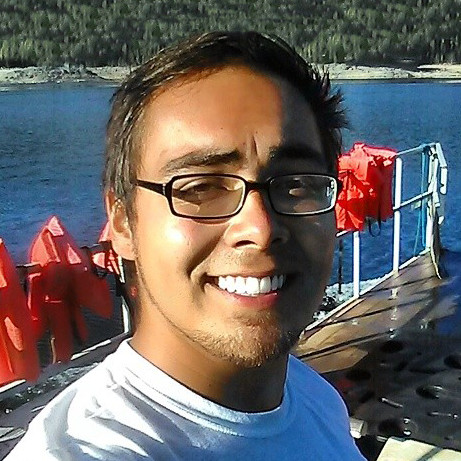 Stay up-to-date and join me on this journey!  Sign up for the email newsletter and I'll keep you in the loop and hook you up with some special promotions!

Thanks for reaching out!